Dr. Hutcherson lives in North Carolina and is an avid enthusiast and reader of local history and lore. He has undergraduate and graduate degrees in biology and a doctorate in education. He now lives in the small seaside town of Ocean Isle Beach with his wife, Bridgett. He previously worked in environmental protection and has taught biology in the NC Community College System for over 25 years.

Dr. Hutcherson wrote Impure Waters. A story packed with mystery and inspired by real-world events including some in the North Carolina mountains. The below interview with Dr. Hutcherson is full of tips for writing, actions you can take at SCC to learn to write, and personal questions on the steps he took to achieve his goal. 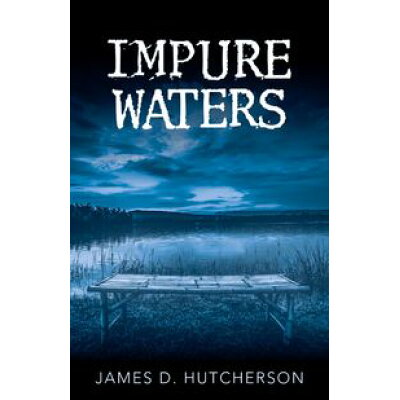 When the small North Carolina mountain town of Eli was flooded in the early 1940s to make way for a TVA dam and lake, the homes and businesses were buried beneath the water—but buildings weren’t the only things buried. There are hushed stories of a spirit that lingers beneath the murky waters, hiding a dark secret.

Where did you get the inspiration behind the novel?

There are many inspirations for the novel; personal experiences, my science background, my Southern roots, growing up in the Baptist church, living and teaching Biology in the NC mountains for 15 years, the current political and civil unrest, the influence of social media and last but not least, my wife Bridgett saying “just do it” and supporting me the whole way. Many of the characters were developed based on people I have known also.

The setting and story were influenced by an actual town I had read about in the NC mountains that submerged when the TVA began developing several hydroelectric dams in the early 1900s.

Can you share something about the novel that isn’t in the excerpt?

Although I wanted to create a good scary story with some mystery behind it, I couldn’t help but include a central theme that has occupied my thoughts, and many others, over the last several years, and that is the influence of social media and the spread of disinformation.

As a science person, I tend to preach quite a bit about the scientific method and critical thinking as important components in making decisions. However, saying and doing are two different things. In the end, like all of us, the characters are influenced by many beliefs and continuous information dumps that they have to sift through and decide what’s true in the end.

Impure waters is a metaphor for this phenomenon.

I would add that there’s a fair bit of the fantastical involved as I brought in the Cherokee myths of the NC mountains.

Hollywood called and they want you to make a movie. Who are the characters that would star in it?

Funny you ask. Many new writers write as if they are writing a screenplay. I’m no exception. As I was thinking of the novel, I played it out in my head like a movie, seeing all of the scenes. And of course, I couldn’t help place certain faces with the characters. I originally was thinking of actors like Owen Wilson and Reese Witherspoon for the lead characters, Craig, and Judy. Maybe Matthew McConaughey for the slick representative of the darker forces, Woody Harrelson for the Sergeant, Lily Tomlin as the Librarian, Leonardo DiCaprio as the technically smart but socially awkward Jesse Simmons, Anthony Anderson for Professor Byrd, Sam Elliott as the ailing, stubborn grandfather and David Bradley as the moonshiner, to name a few.

What was the timeline to write/publish Impure Waters?

Writing took approximately 3 years. Keep in mind, I had to write in spurts as I had time between full-time teaching and part-time work. Publishing took about 5 months. The publishing part included some rewriting based on the editor’s basic review, cover design including a brief synopsis and bio, and then final formatting and printer/ebook setup.

Where can readers purchase your novel?

You work as an instructor at SCC, how do you find the time to write?

That is a tough one. Many authors and books on writing say you really have to nail downtime every day to write. I’m afraid I can’t say I was able to do that. I can say, every available moment I had to write I did. So much of the writing would take place on weekends, holidays, and summer when I had fewer classes. I’m glad that I had most of the book done prior to switching formats due to COVID. That would have certainly slowed me down. I would like to continue to write but I will take a brief break for the time being. Maybe I can begin a new one over the Christmas break. I believe that’s when I started this one.

Read, read, read first of all. Many writers will tell you that you can’t be a good writer if you’re not a good reader.

Take a creative writing class at SCC. No matter how good you might think you are, there are a lot of basic rules to follow, that are important. I read several books and blogs about writing prior to this. When I received my first basic review from the editor at Archway, I realized I committed some cardinal sins of writing. Remember “point of view” is important. We’ve grown up in an age of watching movies more than reading books. There’s a difference between writing a screenplay vs. writing a novel.

Let other people read your writing and critique you. Do not take it personally. Don’t give up.

Everyone has a story to tell. Sit down and just do it!

Are you on social media and can your readers interact with you?

Yes, Facebook, Instagram, and Twitter. At this point, the conversations have been about the publishing of the book and well-wishers. When the book is finally in the hands of readers, I look forward to the interactions.

What kind of books do you enjoy reading?

A little of everything, though mostly fiction. I love stories set in the South, cultural stories, scary stories, and mystery/suspense. I always keep non-fiction by my reading chair also.

Who is your favorite author? If you have one.

How long have you worked at SCC

Seven years now. I was at Blue Ridge Community College in the western part of the state for fifteen years.

What do you enjoy about working at SCC?

The diverse student population and the lovely people that work at SCC. The connections I’ve developed here are unlike any other workplace I’ve ever worked. The strong community bond this school has is also exemplary. The school and staff’s dedication to the students is obvious as well. On Monday, November 16, 2020, Dr. Chris English presented Amber Blevins with the nomination for T. Elbert Clemmons Meritorious Service Award and Angie Uhl-Kalev with the nomination for the Christina & O'Dell Scott Meritorious Service Award.Southeastern Community College values employees and recognizes the work that employees do on a daily basis. The bi-annual awards are the College's way to recognize those that make a positive... SCC appoints two new members to the Board of Trustees. Dr. Timothy Lance was appointed by North Carolina Governor Roy Cooper. Lance takes the place of outgoing board member Terray Suggs. He is from Dunbar, South Carolina, a pastor, retired U.S. Army Chaplain, and counselor at Evergreen Elementary School. Eugene Wayman was appointed by the Columbus County Board of Commissioners. Wayman will take over the unexpired term......